Serverless Architecture editorial team: Hello Evan and thanks for taking the time to answer our questions. After Docker came Kubernetes, and now the new hot topic is Knative. What is Knative all about?

Evan Anderson: Kubernetes was an attempt to elevate the conversation about cloud computing using some of the lessons learned at Google about container orchestration. Knative is a follow-up on that success, building up the stack into the “serverless” space (scalable event-driven compute with a high degree of management automation) to enable developers to focus on business solutions rather than infrastructure.

We’ve broken down the project into three main pillars at the moment:

One of the key insights that our team had at the start of the project was that the Function as a Service (FaaS) paradigm that’s currently dominant in the serverless marketplace was narrower than necessary, and we could implement both FaaS and Platform as a Service (PaaS) on top of stateless, request-driven Container as a Service. Based on previous experience building serverless platforms at Google, we had a good idea of how the serving and supporting components should look. But we also knew that great OSS software comes from the community, so we found a number of strong partners to make Knative a reality.

At its core, Knative has two goals:

Serverless Architecture editorial team: The Knative project is relatively new. What functions are still being developed? Approximately, when will it be production ready?

Evan Anderson: Knative implements a change-tracked server-side workflow where each deployment and configuration change results in a new server-side Revision. Revisions allow easy canary and rollback of production changes, and were part of our initial design process based on experience with App Engine. Every Knative Revision is backed by a standard Kubernetes Deployment and an Istio VirtualService, so we deliver a lot of functionality out of the box. Further, we integrate with systems like Prometheus, Zipkin, and ELK to collect observability information, which can be a challenge in serverless environments.

Having worked in Google production on two SRE teams, I hesitate to say something is “production ready” until a customer has tried it in their own environment. Based on the work the community is doing, we are on track to reach the following targets in the next few releases:

There’s a lot of interesting open questions in both the Build and Eventing prongs of the project – Build naturally extends into CI/CD and multi-stage validation and rollout, while the intersection of Eventing and serverless architecture is still evolving rapidly once you get past “send an event from A to B”. 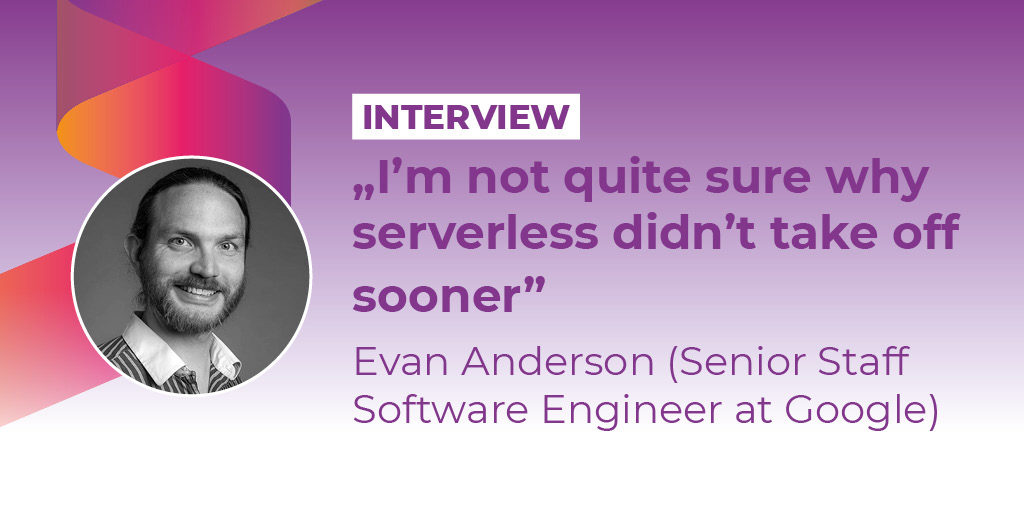 Serverless Architecture editorial team: Which features are still being worked on and which ones are planned for future releases?

Evan Anderson: I think we’ll always be working on autoscaling and networking features. Right now, we’re focused on enabling core user scenarios like “run my application with autoscaling”, “let me plug in my own build”, and “I need to debug my application”. One of the biggest requests we received from users with our initial release was to make each component more independent and pluggable, which is a big challenge while also trying to make the whole platform coherent.

There are also some features that don’t land on our roadmap until we get more experience running the system, such as live upgrades from one release to the next, component packaging, and automatic generation of release notes.

Serverless Architecture editorial team: Knative is built on top of Kubernetes, how is Istio involved in the Knative ecosystem?

Evan Anderson: Kubernetes provides a robust container scheduling layer, but Kubernetes networking tools (service) were too primitive for the features we knew we wanted to build in Knative. Istio enables core Knative features such as percentage-based canary of new code and configuration and common security controls in the request path. Istio’s service mesh model matched our experience at Google and gave us a lot of the network routing capabilities for free (meaning that we only needed to write the configuration to request it).

One of the interesting post-launch feedback items we heard from several members of the community was that they couldn’t use Istio in their environment, but still wanted to use Knative. So something we’ve been looking at for future releases is creating internal custom resources (CRDs) to represent the desired Knative state for routing or load-balancing, and then using those CRDs as extension points so you could replace Istio with Contour or Linkerd if desired. In some cases, you might end up with a slightly longer network path or fewer authentication features, but it widens the set of use cases that Knative can address.

Serverless Architecture editorial team: Serverless is on the rise, although the name is misleading – servers are still needed at some level. But why is serverless such a big topic at the moment?

Evan Anderson: I’m not quite sure why serverless didn’t take off sooner. The PaaS phenomenon in 2008-2012 (Heroku, App Engine, Cloud Foundry, and others) had most of the same key ingredients: stateless process scale-out, server-side build, integrated monitoring. Probably one of the key areas that’s gotten a lot better is the actual server-side infrastructure. Back when Google App Engine launched in 2008, there were a lot of limitations that were a product of the times: limited language choice, single vendor, no escape hatch to other styles of compute. Today, something like Cloud Functions or Lambda is still single-vendor, but the language choices are wider and the overall cloud ecosystem has gotten a lot deeper.

Regardless of “why now”, there are a lot of benefits to adopting a stateless, request-driven compute model (combined with pay-per-use, I think this is the core of serverless). Much like the event-driven model in desktop UI, handling a single event or request at a time often leads to simpler, more stable code. The architecture also lends itself fairly naturally towards developing in the 12-factor pattern, and a lot of the undifferentiated heavy lifting around monitoring, request delivery, and identity is taken care of for you, which is a huge productivity win. This also makes serverless systems stable and self-repairing, which is great for both hobby and enterprise projects where maintenance work is expensive.

Learn more about Kubernetes, Knative & Co at the Serverless Architecture Conference in The Hague 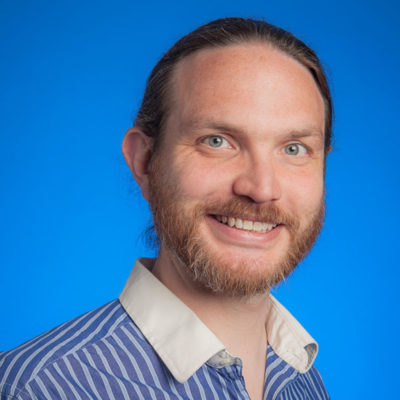 Evan Anderson is a Senior Staff Software Engineer at Google, where for the last 12 years he’s been working on private and public cloud initiatives. Evan’s previous projects include Google Compute Engine networking and live migration, as well as control plane APIs for Google App Engine. Outside of work, Evan enjoys being a dad and slowly running long-distance races.


Session about Knative at the Serverless Architecture Conference 2019 | Berlin 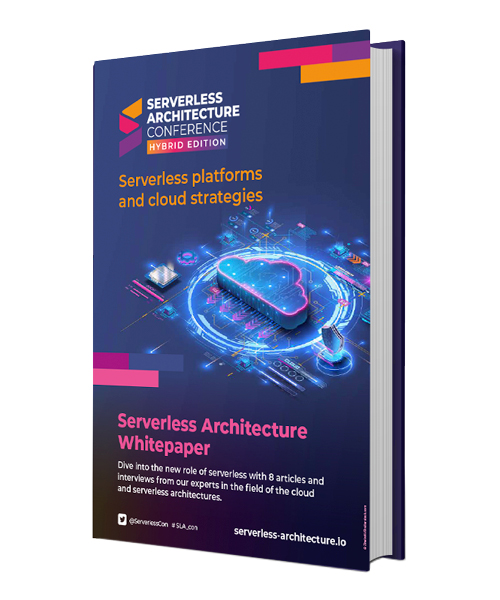